5 Reasons Why You Should Visit Canada

With one of the longest ski seasons in the world, countless UNESCO World-Heritage sites and some of the most incredible natural wonders you’ll ever see, it’s no surprise that Canada is one of the top places to visit.

With Canada's borders now open to fully-vaccinated visitors, here's 5 reasons why you should visit:

The amazing diversity of wildlife in Canada is one of the top reasons as to why people travel to Canada. The country’s most famous animals are thanks to a wide range of habitats, such as forests, sea and snow. During the summertime in British Columbia, a phenomenon known as the Salmon Run brings a high number of grizzly bears to places along the west coast.

For a chance to catch a glimpse of polar bears, you’ll want to head to a small town in Manitoba called Churchill. Travel during March and you’ll get a good chance of seeing the bears emerge with their newborn cubs.

Scenic coastlines, sprawling prairies, picturesque forests and magnificent mountains make Canada home to some spectacular scenery. The range you’ll find in Canada is incredible, across the territories and provinces you’ll find icefields and mountains in some and world-class beaches and coastlines in others.

Natural parks can be found all across the country, providing some incredible backdrops for your morning hike. You’ll find plenty of natural wonders located in Canada such as the awe-inspiring Rocky Mountains and the famous Niagara Falls. 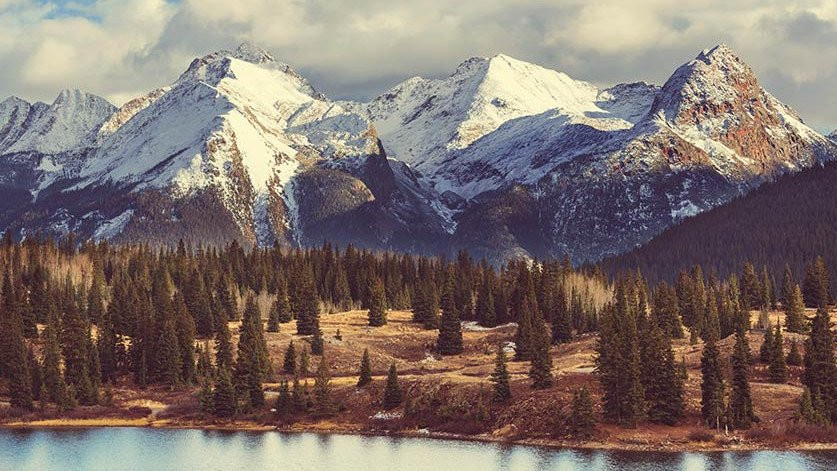 The First Nations people are the largest group of aboriginal peoples in Canada, with more than 600 recognised bands across the country. Canada is also home to the Inuit who mainly live in the Arctic areas, while the Metis people are a distinct group that came from the multicultural interactions of the Europeans and First Nations people.

You might have seen this iconic railway on TV series, the Rocky Mountaineer train journey not only gives you unrivalled views of the Rocky Mountains from its glass-domed roof, but the incredible hosts make sure you’re comfortable and tell you fascinating stories about the places you travel past.

The Rocky Mountaineer is an iconic part symbol of Canada and has made its way onto many traveller’s bucket lists since it was founded in 1990.

Check out the latest offers for Canada below.

If you’re looking for some of the best powder in the world, Canada is your place. You’ll find some world-class ski resorts such as Whistler, Sun Peaks, Big 3 in Banff and Tremblant to name a few. Plus all resorts have a great choice of runs perfect for beginners to pros.

If skiing or boarding isn’t quite your thing, you won’t be left out. There are awesome winter sports such as tubing, snowshoeing and sledging or if you’re wanting a more laid-back vibe hit up one of the Scandinavian-style spas.

A selection of our partners

We use cookies to give us an insight into how you are browsing our site. This allows us to tailor and personalise your browsing experience in the future. If you’re happy with this, simply click continue. Don’t worry, you can change your cookie settings at any time. View our privacy policy.